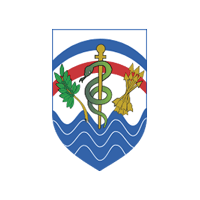 The mission of the RHC-A and its more than 17,000 staff members is to provide world-class, proactive, and patient-centered health care for approximately 600,000 service members, retirees, and their families.

RHC-A was experiencing revolutionary transformation and required a flexible, standardized platform across their IT infrastructure and operations to mitigate and resolve issues and concerns.

TIAG’s team of network engineers planned, developed, and deployed a custom IT network infrastructure adhering to RHC-A’s exact specifications, to multiple locations allowing more than 12,000 users to get their data with 100% uptime to support the newly established regional footprint. We migrated the NCR off the Walter Reed Army Medical Center (WRAMC) circuits and onto new circuits and TLA stack at Ft. Detrick, providing RHC-A with enhanced visibility and control of the region. Additionally, we provided design and architectural support to ensure continuity of operations during the migration of the systems and applications from the WRAMC/RHC-A data center. We performed a full Datacenter Virtualization at WRAMC in less than six months to prepare for the migration; migrating hundreds of systems and thousands of users and department storage files to Fort Belvoir Community Hospital, Walter Reed National Military Medical Center (WRNMMC), and the regional headquarters facility.

Our team was honored with widespread recognition throughout the DoD for our ability to seamlessly migrate all data, systems and programs from WRAMC to the new facilities without losing any data and with the flexibility for all sites to easily access their data.  This allowed the region to achieve the highest levels of IT performance and superior customer service during the migration. In addition to greatly increased collaboration and efficiencies across the region, central hosting also provided a significant cost savings for the region and individual sites.

The mission of the RHC-A and its more than 28,000 staff members is to provide world-class, proactive, patient-centered health care for approximately 600,000 service members, retirees, and their families.

As a Tier 3 IT operations policy and procedure support mechanism for the region; RHC-A needed high-level cybersecurity support that would perform vulnerability assessments and implement cybersecurity protocols and procedures at RHC-A to help safeguard the data of Wounded soldiers, military personnel, and their families.

As a proactive measure, TIAG managed the host-based security system to block viruses and malware and implemented a process to regularly scan for vulnerabilities using the system control configuration manager to ensure all patches and updates were applied across all devices on the network. We established a comprehensive risk management framework process and developed LAN ATO packages for all sites to ensure all required controls and artifacts were in place and fully complied with DHA cybersecurity rules and regulations.

Our proactive approach improved RHC-A’s cybersecurity posture by reducing vulnerabilities across the region and allowed RHC-A to more efficiently track and monitor their cybersecurity. Additionally, we successfully converted all MTFs in the region from DIACAP to RMF and received the most approved three-year ATO accreditations in 2016/2017 across all regions.

The mission of the RHC-A and its more than 17,000 staff members is to provide world-class, proactive and patient-centered health care for approximately 600,000 service members, retirees, and their families.

RHC-A needed a solution to integrate its data repository of 187 unique metrics across business, quality, and performance data into a model that could show MTF commanders the five most important metrics to them by functional area.

There was no single view of the siloed data and RHC-A needed a solution with a comparative view over time for forecasted and actual metrics. To provide meaningful data with methodology and rationale, we created a data repository for their 187 unique metrics, and categorized them so that RHC-A could view the top five metrics most important to each functional area. The data was too substantial (100+ GB) to fit into an Excel spreadsheet and caused continual crashes and stalls, so we created a dashboard where commanders could get a comparative view over time for forecasted and actual metrics. TIAG’s team calculated new metrics to quantify variability, financial impact, and ability to change within each installation. Our solution guarantees reproducibility for each analysis and RHC-A is able to innovate and leverage more data than ever before and optimize resources to further mission accomplishments.

By building an interactive dashboard to enable user-driven exploration of the data, we empowered each MTF commander with clear insights around key mission areas important to their facility. The time to complete analysis is now a matter of minutes for repeat analysis and report generation, including an updated dashboard for more than 30 simultaneous users.